“We believe this is the key to our success”

How it all started: Rock Femia Sr. and Tony Chiffy Sr. went to Albany College of Pharmacy together, graduated and worked for Daw’s Drug Stores for five years, and with just themselves and two other employees, opened Parkway Drugs in 1965.

Founded in 1965 by longtime high school friends and now brothers-in-law, Rocco Femia and Anthony Chiffy opened their first store on the corner of Albany Street and Culver Avenue in Utica, NY where they started out with a staff of four. They opened their second location in 1989 in the Chanatry’s Plaza on French Road and their third location in 2008 at the corner of Leland Avenue and Herkimer Road in the “Big Lots Plaza”. Parkway Drugs now employs over 160 employees, 16 pharmacists (of the 16 pharmacists, 8 are family members including 5 owners). The three stores fill more than 12,000 prescriptions per week and have 10 delivery cars servicing all of Utica and its surrounding areas with FREE prescription delivery seven days a week.

We believe that the presence of family – along with diversifying its services to include the Parkway Mobile App, prescription delivery, vaccinations, wellness program, grocery items, 2 United States Postal Sub-stations and the ability to pay various household bills – has gone a long way toward solidifying Parkway Drugs as one of the few independent drug stores left in the area. We also believe it’s the loyal patrons of Parkway Drugs and the dedication to customer service that will forever set us apart from other drug stores. 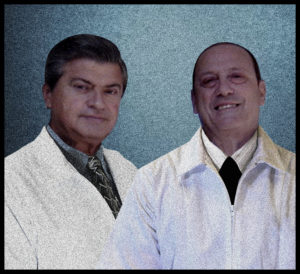